Debt collectors are buying up debts for as little as 10 pence in the pound. In the hope that when they collect the debt they can can get more back from the debtor than what they paid for it. Credit cards and loans that have been defaulted on can be reassigned to another company who then becomes the owner of the debt. Debt collectors are set to spend 1.5 billion on bad debt from banks and other lenders by the end of 2017 almost doubling previous figures according to leading credit ratings agency Standard & Poor.
Arrow Global, Cabot Financial and Lowell control 40% of the UK market. Need help dealing with a debt collector contact Twinpier

Britons sitting on a £5bn black hole of ‘hidden debt

Britons are using cash meant for rent, council tax and utility bills as a loan to cover other household bills, almost £200 (per person) has been built on average in unpaid rent and council tax and overdue gas and electricity bills, the report from Demos claimed.
These debts are not included in formal figures on levels of household debt, but can have just as damaging an impact on people as payday loans, it said.
Demos said around nine in ten adults in the UK are in some form of debt, and the most common reasons for borrowing money were for a one-off purchase or unexpected event.
However, the report said ‘worryingly’ almost one quarter of people had dug themselves into debt to cover everyday living costs such as food, heating and clothing’.
Do you have bills that you can't meet and debts you can't pay contact Twinpier

#Debtline #debtdebate blog: Do you have Payday loan? Are you one of the many that has been treated unfairly after explaining that you are facing financial difficulty.

Citizens advice bureau has been running a survey and in the first 12 month 83% of respondents stated that their payday loan lender didn't treat sympathetically or offer support when they had financial difficulty. 84% failed to freeze interest payments and only 9% were told that they could get debt advice.

Do you need help negotiating an affordable repayment with a payday lender? We can help, contact  Twinpier 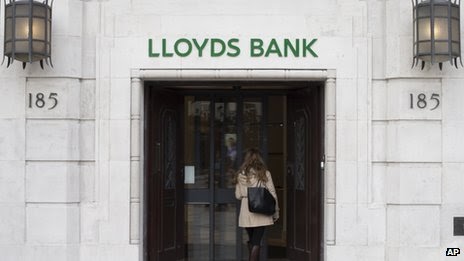 Twinpier doesn't provide claims management but we note with interest the following situation regarding Lloyds PPI payouts. For many years now the OFT & FSA (and various consumer groups) warned consumers not to use claims management companies who claimed they could obtain a larger payout for PPI claims. Given the revelations contained in tonight's BBC programme here it's clear claims management companies were justified in making those claims and by adopting a firm policy of not being fobbed off they have obtained much higher payouts for their clients than consumers acting on their own.

The knee-jerk reactions and (all too) regular attacks on fee charging money advice sector should be firmly put to bed - people are adult enough to know if you want expertise you will usually have to pay for it.

#debtline #debtdebate (blog) Thisismoney.co.uk  has reported; "Couple’s shock as British Gas breaks into home, replaces meter ... and changes the locks. A new low for customer service?  This was a shock as they had been paying their bills,
Unbeknown to them, British Gas had failed to change over the details for the gas and electricity account at the address from the previous tenant".

"A week ago I got a bill from BG for 320 quid. It was just after xmas so I couldn’t afford to pay it. I was given 5 days to pay early to qualify for a discount. This I could not do. I received another letter ‘Final Notice’ pay half now or phone us to arrange payment or we will get a warrant to cut you off.
I phoned them up, and now they are saying that I must pay the whole £320 in full, or they will cut me off. No payment plan, no arrangement, just simply pay everything in full or else. I've explained that in a fortnight, I was intending to pay the full bill when I got paid, but they refused to budge" (consumer action group)

Are  you being threatened by a utility company, do you have old utility bills that you cannot pay contact Twinpier  for advice.

A budget for savers

#debtline, #debtdebate (Blog)
BUDGET12:36:
"Support for savers is at the centre of this Budget," says the chancellor.
Are you one of the many millions that has no savings and are struggling to pay debt need support and advice contact Twinpier
« Older Entries
Next Entries »